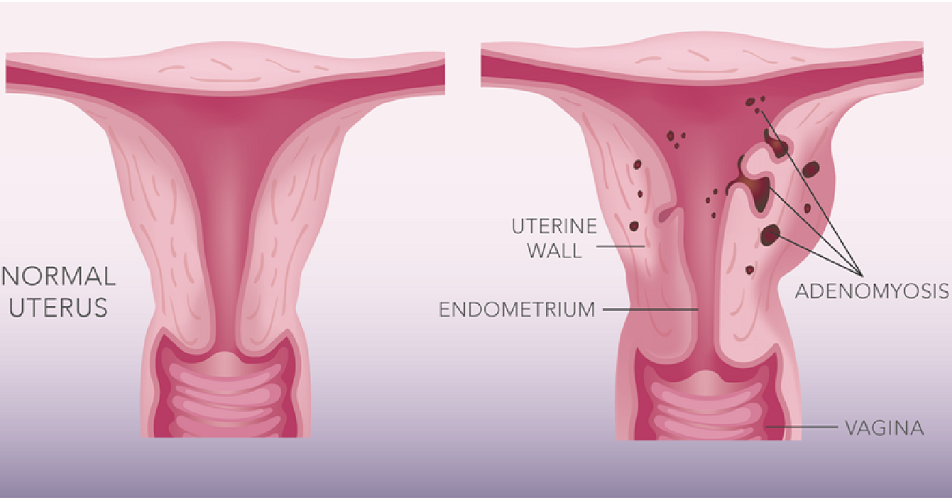 Adenomyosis (ad-uh-no-my-O-sis) occurs when endometrial tissue, which normally lines the uterus, exists within and grows into the muscular wall of the uterus. The displaced endometrial tissue continues to act as it normally would — thickening, breaking down and bleeding — during each menstrual cycle. An enlarged uterus and painful, heavy periods can result.

Symptoms most often start late in the childbearing years after having children.

The cause of adenomyosis remains unknown, but the disease typically disappears after menopause. For women who experience severe discomfort from adenomyosis, certain treatments can help, but hysterectomy is the only cure.

Your uterus may get bigger. Although you might not know if your uterus is enlarged, you may notice that your lower abdomen seems bigger or feels tender.

The cause of adenomyosis isn't known. Expert theories about a possible cause include:

Regardless of how adenomyosis develops, its growth depends on the circulating estrogen in a woman's body. When estrogen production decreases at menopause, adenomyosis eventually goes away.